Going by the Hindu tradition, the earliest conqueror of Okhamandal was lord Krishna. Lord Krishna was succeeded by Vajranabh, the great grandson, who is known to have built the temple of Dwarkanath, also called Trilok sundar that signifies “'the handsomest of the three world”. Hindus believe that the temple was built in a single night under the direction of Vajranabh with the help of a supernatural agency. 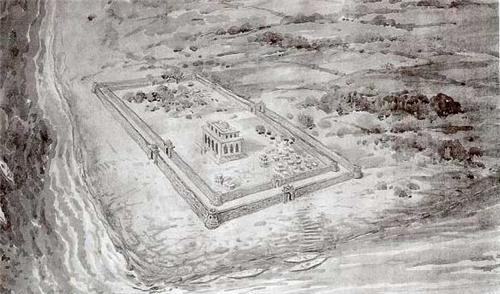 Establishment of Dwarka by Lord Krishna

The history up to 1800 is highly significant, until the final submission and extermination the Vaghers and Vadhelas came up repeatedly against Gaikwads and the British. According to the historical references, Krishna arrived at the Saurashtra coast situated at a distance of 32km from Somnath. He arrived at Okha and founded the kingdom on Bet Dwarka. There is a popular belief that the lord of the sea Samudradev blessed Krishna with a 773 sq km land and the ancient architect in Hinduism, Vishwakarma, granted the wishes of Krishna and developed his new kingdom. The new capital flourished with opulence and wealth and it came to be known as the City of Gold. In course of time Krishna came to be known as the king of Dwarka, Dwarkadheesh. His goal in life was to establish his kingdom based on the principals of "true religion" or Sat Dharma.

The entire stretch of south-western and western Saurashtra, now included in Junaghadh and Jamnagar districts was colonized by Yadavas, who considered Sri Krishna as his leader. After ruling when the Yadavas perished under the influence of alcohol, Dwarka went under the sea. The original habitants in this region are said to be the Kalas, Modas and Kabas. The Modas and Kabas are said to be extinct today, but the Vaghers are said to be descendents of Kabas.

Okkhamandal was re conquered by Kalas in the 2nd century AD. The region thereafter was conquered by Syrian Sukkur Belium and it was at this time that Dwarka went under the sea. Mehem Guduka, another Syrian drove him out. The Rathods came and took advantage of the quarrels of Herule-chavada. Vaghers aborted some of the surviving Herules and chavadas. The Rathod, Veravaliji became the only ruler of Okhamandal. In course of this time, Bhimji, Mahmud Begada, the sultan of Gujarat conquered Okhamandal and destroyed the temple at Dwarka. The Vaghers drove away the Muslims later. 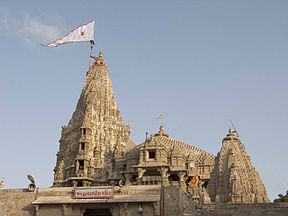 Dwarka is also known as Dwaravati that comes from the word dwara, which means "door" and ka means "Brahma". Thus the name refers to the door to union with Lord Brahma.
Dwarka is reported to be a planned city with well organized six sectors, commercial zones, residential zones, palaces, wide roads and public utilities. The public meetings used to be held in sudhama sabha. The flourishing ports in the ancient times were considered to be the gateway to the mainland. The city is noted to have 7, 00000 palaces studded with precious stones, silver and gold. The palaces were surrounded by beautiful lakes and gardens. The whole city is surrounded by water and well constructed bridges connect the mainland.