People generally tend to nurture a misconception that the actual Dwarka temple is situated in Bet Dwarka and the mesmerizing Dwarkadhish temple is in the city of Dwarka. The truth is that Dwarkadish temple is in Bet Dwarka which is a tiny island located just few miles from Dwarka. According to the popular belief Lord Krishna was the governor of Dwarka. He is known to have administered the city and was also declared the King. 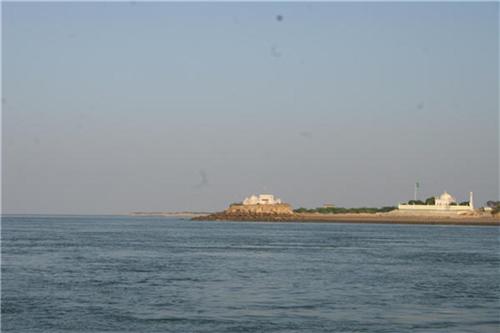 Bet Dwarka on the other hand is considered the birth place of Sri Krishna. Even though the island went under water when Lord Krishna left for heavenly abode, the tectonic places in Bet Dwarka remained connected with the island partially.

How to Reach Bet Dwarka

To reach the place, you need to travel a distance of 4km in diesel run boats from the Hari Kund jetty at Dwarka. There is no other means to cover this distance apart from the diesel run boat. You will be charged around Rs.500 each if you want to return back to Hari kund. The birthplace of Lord Krishna is situated at a distance of 500 meters from the place where the boat leaves. 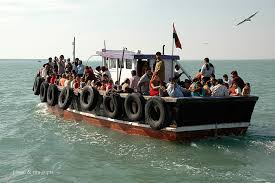 The huge temple was built by Shri Vallabhacharya more than 500 years ago. According to the popular belief, Sudama offered a rice sachet to Lord Krishna and the ritual of offering rice to the Brahmins have been performed since then. The Hanuman temple is situated at a distance of 5 kms from this temple. This temple is unique and the only temple in India where Hanumanji as well as Magardhwaj are worshipped together.

You can reach reach Bet Dwarka in around 3-4 hours. You can stay off-shore in case you are planning to see Jyotirlinga or Gomti Ghat.

The place is particularly known as a historical site for excavation. You will come across plenty of legends in this place. There are plenty of luxurious palaces here and historical sights that submerged under the sea. The region continued trade relations with Mediterranean countries in the Christian era. The archeologists have divided the city in different sections and named them as Beyt Dwarka I, II, IV and IX.

The findings have been categorized in two sections. While some has been categorized as pre historic and includes copper fish, inscriptions, conch shells and the late Harappan potter together with trading elements and coins. The present location has brought out plenty of historical objects such as stone anchors, shipwrecks that traces back to the Roman era.  This reveals Bet Dwarka was a popular trading center in the western coast of India.

Trade and Commerce in Bet Dwarka

The archeological excavations reveal India's overseas trade and commerce. India was one of the busiest trading centers in the 5th century BC. There were also efforts to establish Dwarka museum that could offer access to those interested in the history to explore the legendary city under the Arabian Sea.

Bet Dwarka has been one of the most popular tourist spots that have been attracting tourists from different parts of the globe. The excavated sites and legends here make it one of the most exciting sites that tourists love to visit.